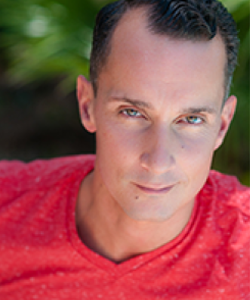 Matt Rivera has worked for 28 years as a professional dancer, choreographer, dance captain and instructor. He got his start with Hubbard Street Dance Chicago, then moved on to Ballet Chicago, Feld Ballet in NYC, and Tharp! Ballet. He has toured nationally and internationally. His Broadway credits include on Broadway and tour shows. He has appeared in CATS, Swing!, Movin’ Out, Contact, and Mamma Mia. His off-Broadway credits include Come Fly With Me with Twyla Tharp, Romola & Nijinsky, Candide with the New York City Opera, dance captain on Garden of Earthly Delights. He has performed in Las Vegas, was assistant choreographer for Aladdin at Disneyland in Anaheim, CA, and Lion King at Hong Kong Disneyland and co-directed the Japanese tour of Swing!.